Reform and Opening up in Hainan: to Encourage and Support Private Economies Unswervingly 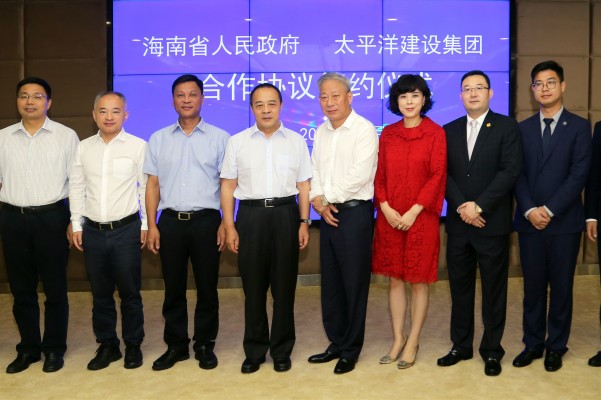 Hainan island in Autumn is warm like Spring. With the comprehensive deepening reform and opening up trend, two signing ceremonies were grandly held in Hainan Provincial government.

On October 19th, in a bid to push the Belt and Road pace, Susun Group signed multi-layered cooperative agreements with Hainan Province and Haikou city. Both the two sides will follow the principle of “complementarity, win-win cooperation and reciprocity” so as to push the leapfrog development of Hainan Province.

This is a successful implementation of Hainan Province and Haikou city to comprehensively deepen reform and implement the principle of encouraging and supporting private economies unswervingly proposed by the CPC Central Committee. This will definitely inspire the private economies.

The HQ is located at the core area of China (Shanghai) Free Trade Pilot Zone- Lujiazui Financial town. The group takes infrastructure investment and construction as well as the intelligent and differentiated high-level services as its core industries.

According to the agreement, Susun Group will integrate resources, wisdom and capital and register a new Haishang Group in Hainan, which will serve as the HQ. Relied on wisdom economy featuring intelligence and differentiation, Susun Group will establish Zhuang Yan Think Tank Hainan Branch. By doing so, the group could engage in the infrastructure system comprehensively. The group will actively follow the call of Hainan government of poverty alleviation, to establish the 21 Century Maritime Silk Road cultural, educational and tourist platform, to hold Huatuo CEO Forum. Besides, the group will release Huatuo Individuality Scholarship in all cities and counties in Hainan Province. No less than 10 billion yuan will be invested in Hainan Province. The group will make its due contribution to Hainan’s fiscal budget and economy. Meanwhile, Hainan Province should give the relevant support and preferences to Susun Group in accordance with the national polices.

2018 marks the 40th anniversary of reform and opening up policy and the establishment of Hainan Provincial Economic Special Zone. Also, 2018 marks the first year of Hainan to comprehensively deepen reform and opening up, explore free trade pilot area. It is a milestone for Hainan Province to treat private economies equally and encourage and support the private enterprise unswervingly.

Just like the Chairman of the Board of Susun Group Yan Xin said: “the comprehensive reform and opening up in the new era is not only for the outside but also the inside. As long as the reform and opening up policy continues, the vibrant and persistent Chinese private economies will maintain its vigor and vitality. We are confident to the comprehensive cooperation with Hainan Province.”