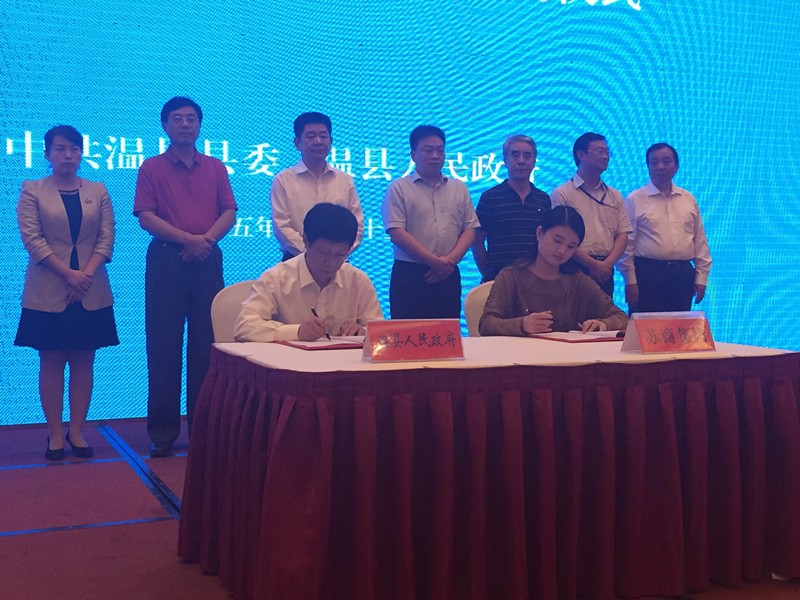 On September 23rd, the president of the second group of Susun Group, Mr. Wangning was invited to attend the promotional signing ceremony of Wen County in Henan Province and had completed the initial cooperative intendency for the roads in Wen County.

During the promotion ceremony, the both sides conducted discussion on how to broaden financial channel for roads and expedite some municipal roads. They have reached consensus on roads construction by PPP model. It was reported that the total investment of this project reach 1.785 billion yuan with 1.385 billion yuan of arterial roads and 400 million yuan of county roads.

Besides，Mr. Wangning conducted pleasant and delighted conversations with other top officials on the administrative infrastructural construction.

Mr. Wangning said that Susun Group will stick to the principle of “pace, quality and cost”, to to take responsibility for the government and boost the boost the economy and make sure that the investment projects would be a demonstration project.