Hainan island in Autumn is warm like Spring. With the comprehensive deepening reform and opening up trend, two signing ceremonies were grandly held in Hainan Provincial government.

The Susun Group HQ is located at the core area of China (Shanghai) Free Trade Pilot Zone- Lujiazui Financial town. The group takes infrastructure investment and construction as well as the intelligent and differentiated high-level services as its core industries. 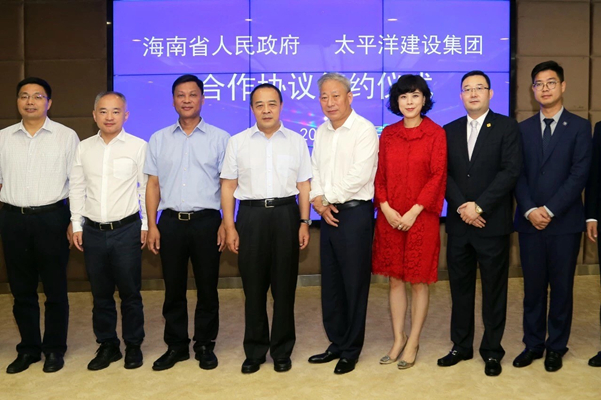 According to the agreement, Susun Group will integrate resources, wisdom and capital and register a new Haishang Group in Hainan, which will serve as the HQ. Relied on wisdom economy featuring intelligence and differentiation, Susun Group will establish Zhuang Yan Think Tank Hainan Branch. By doing so, the group could engage in the infrastructure system comprehensively. The group will actively follow the call of Hainan government of poverty alleviation, to establish the 21 Century Maritime Silk Road cultural, educational and tourist platform, to hold Huatuo CEO Forum. Besides, the group will release Huatuo Individuality Scholarship in all cities and counties in Hainan Province. No less than 10 billion yuan will be invested in Hainan Province. The group will make its due contribution to Hainan’s fiscal budget and economy. Meanwhile, Hainan Province should give the relevant support and preferences to Susun Group in accordance with the national polices.